Hi there, this article was first published in 2009 and the information within was accurate at that time. I revived it in 2018 at the request of Twitter user FlowingLily so why not go give them a thanks for prompting the republishing :) I even managed to dig out the original TURBOCAPP.zip from my deep archive backup.

Inspired by this thread at dosgames forums by the user redshock I have written my own guide to installing Turbo C under Dosbox and beginning to program with it. I have also produced a nice osx app which contains Turbo C and Dosbox within it so you can skip the setup and install steps and get right on with your programming.

To follow this tutorial you need both dosbox and a copy of the Turbo C installer which I have mirrored here.[1]

Once you have downloaded turbo C and unpacked the zip archive it came in you will be presented with three directories called Disk 1,2 and 3. For ease of installation you need to copy the files from these three directories into one directory which I shall call turboc.

Once you have done this. If you are a Windows user put this directory so it is C:\turboc or for mac users put it on your desktop so its location is /Users/<username>/Desktop/turboc. Once this is done and you have Dosbox installed create another directory called C:\dos if your a Windows user or /Users/<username>/dos for those running OSX. This will be the directory on your machine that you will install turboc into and once it is done you will be able to delete the C:\turboc directory.

To install Turbo C you need Dosbox version 0.71 or above, once you have installed it and started the application running mount C:turboc as a: and C:dos as c: via the following commands:

Once that has been completed your ready to install Turbo C into Dosbox. When you enter the command a: into Dosbox it should move to the virtual mount point you set for the a drive which should be our turboc directory with all the install files included within. Once there just enter INSTALL and you should be presented with the following screen. 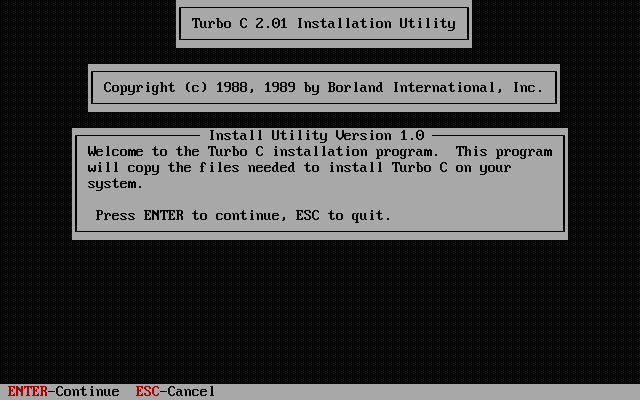 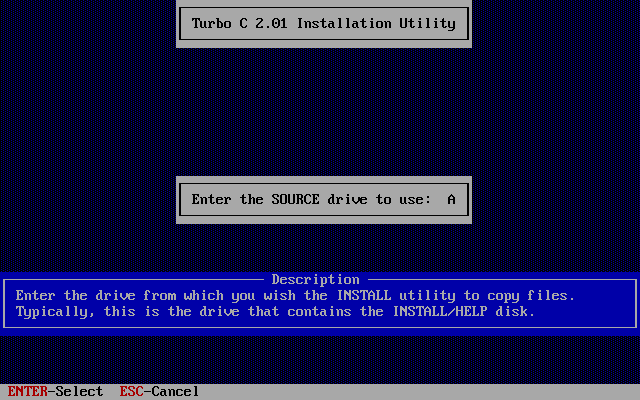 Once you have followed the previous step you should be seeing the following screen shown below, select "Install Turbo C onto a Hard Drive," and press enter to go to the next step. 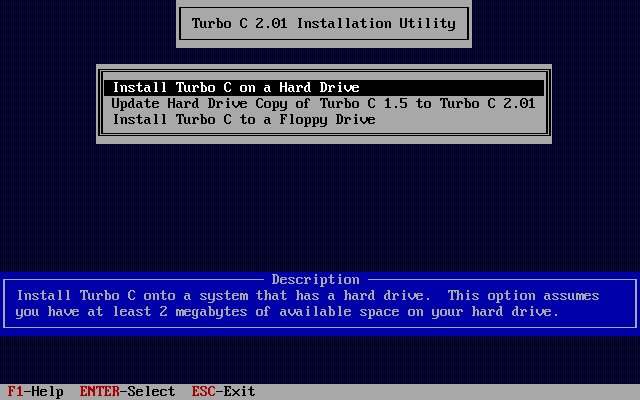 Once you have selected the hard disk as destination make sure that the Turbo C directory is C:\TC as shown below which should be the default. If this is so then you should be able to press the down key until "Start Installation" is selected and press return. 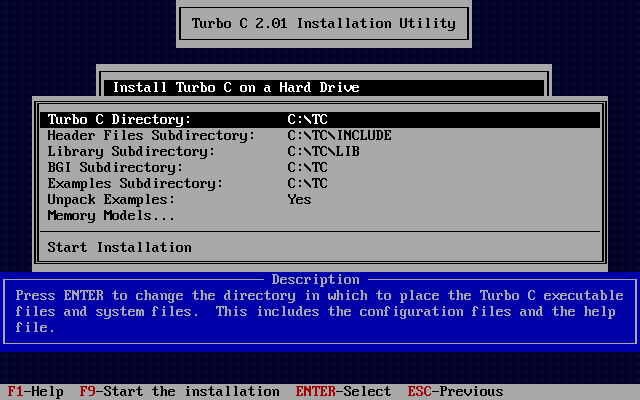 Now if everything has been done right the install app will begin installing Turbo C into the C:\TC directory as shown below and should complete with zero errors. 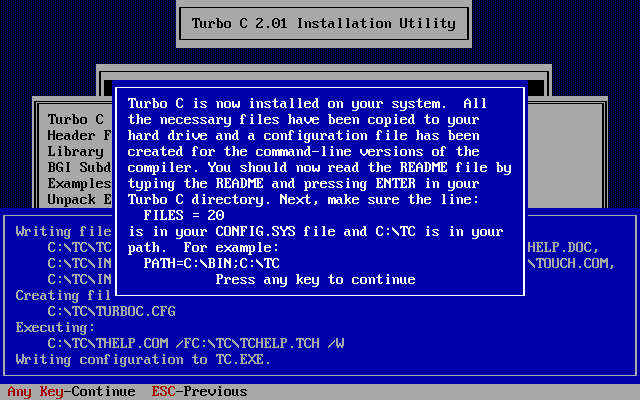 You should then be able to press any key to quit the install app at which point typing the following commands will show you the newly installed copy of Turbo C on your Dosbox system: 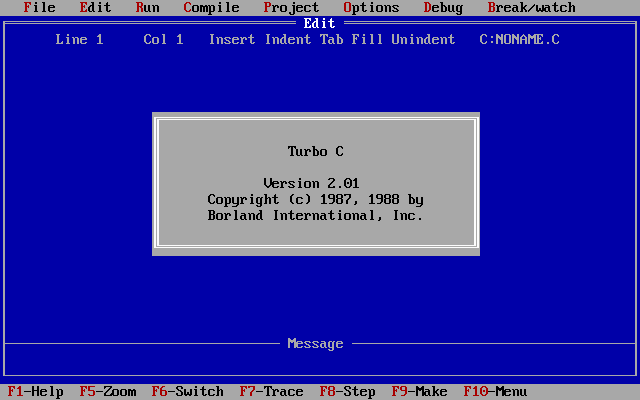 Congratulations, if you see the above screen then you have successfully installed Turbo C onto your Dosbox emulated dos machine. From now on you can create your own programs which will run natively under dos and even go so far as to compile them. This basic install comes with a readme package and some example scripts to learn from. To boot up the readme you just need to type in readme instead of tc to load the help app.

I have produced an easy to use package for those of you whom use osx. It contains Dosbox 0.72 and an install of Turbo C ready to go, it will open up just like any other application with one click as though you are running Turbo C native under osx. I hope it makes someones day at least, the icon for this app package came from here.

While my downloadable package above automatically loads tc for you, the documentation that comes with Turbo C is still packaged along side it and should be accessible via F1 within tc, however you can stop the auto load by editing the dosbox.conf file within the app package.

I have found the following websites helpful in my understanding of Turbo C: